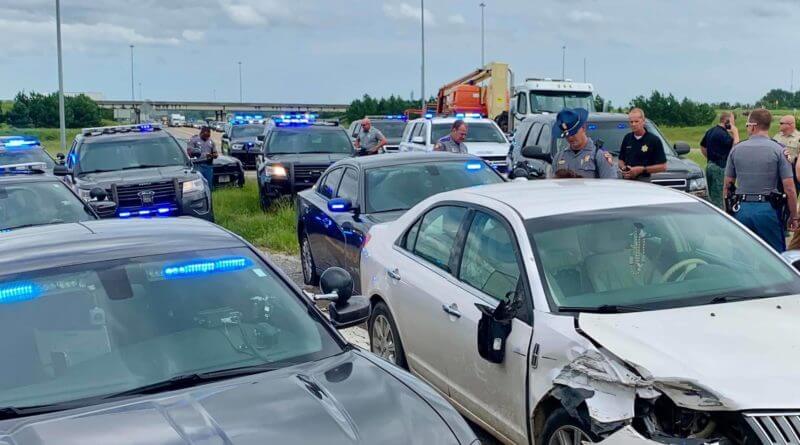 The Mississippi State Highway Patrol announced on Thursday that they had made an arrest in connection with a hit-and-run that occurred in Booneville.

The suspect was apprehended due to hitting a spike trap in his getaway vehicle.

Below is a full statement from the Highway Patrol:

“Mississippi State Troopers make one arrest following a pursuit on Thursday. After successfully deploying spike strips and deflating the suspects tires, the suspect was taken into custody without incident. The suspect was wanted by Booneville Police Department in relation to a hit and run crash on Wednesday. Great Job Troopers!”