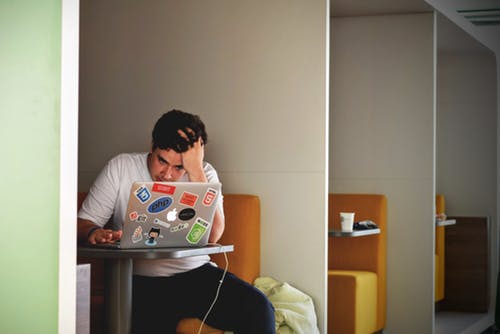 As the coronavirus roils the economy and throws millions of Americans out of work, Medicaid is emerging as a default insurance plan for many of the newly unemployed. That could produce unprecedented strains on the vital health insurance program, according to state officials and policy researchers.

Americans are being urged to stay home and practice “social distancing” to prevent the spread of the virus, causing businesses to shutter their doors and lay off workers. The Labor Department reported Thursday that more than 6.6 million people signed up for unemployment insurance during the week that ended March 28. This number shattered the record set the previous week, with 3.3 million sign-ups. Many of these newly unemployed people may turn to Medicaid for their families.

Policymakers have often used Medicaid to help people gain health coverage and health care in response to disasters such as Hurricane Katrina, the water crisis in Flint, Michigan, and the 9/11 terrorist attacks. But never has it faced a public health crisis and economic emergency in which people nationwide need its help all in virtually the same month.

“Medicaid is absolutely going to be in the eye of the storm here,” said Joan Alker, executive director of the Georgetown University Center for Children and Families. “It is the backbone of our public health system, our public coverage system, and will see increased enrollment due to the economic conditions.”

Meeting those needs will require hefty investments ― both in money and manpower.

Medicaid — which is run jointly by the states and federal government and covers about 70 million Americans ― is already seeing early application spikes. Because insurance requests typically lag behind those for other benefits, the numbers are expected to grow in the coming months.

“We have been through recessions in the past, such as in 2009, and saw what that meant,” said Matt Salo, who heads the National Association of Medicaid Directors. “We are going to see that on steroids.”

The majority of states have expanded their Medicaid programs since 2014 to cover more low-income adults under a provision in the Affordable Care Act. That may help provide a cushion in those areas. In the 14 states that have chosen not to expand, many of the newly unemployed adults will not be eligible for coverage.

It’s possible the pandemic could change the decision-making calculus for non-expansion states, Salo said. “The pandemic is like a punch in the mouth.”

But even without expansion in those states, the Medicaid rolls could increase with more children coming into the system as their families’ finances deteriorate. Many states don’t have the resources or systems in place to meet the demand.

“It is going to hit faster and harder than we’ve ever experienced before,” Salo said.

The unique circumstances of social distancing impose new challenges for those whose jobs are to enroll people for coverage. In California, where more than a million people have filed for unemployment insurance since March 13, much of the workforce that would typically be signing people up and processing their paperwork is now working from home, which adds a layer of complexity in terms of accessing files and documents, and can inhibit communication.

“It’s going to be certainly more difficult than it was under the [2008] recession,” said Cathy Senderling-McDonald, deputy executive director for the County Welfare Directors Association of California. She said that although strides have been made in the past decade to set up better online forms and call centers, it will still be a heavy lift to get people enrolled without seeing them in person.

In some states, the challenges to the system are already noticeable.

Utah, for instance, has seen a 46% increase in applications for Medicaid. (These applications can be for individuals or families.) In March 2019, about 14,000 people applied. This March, it was more than 20,400.

“Our services are needed now more than ever,” said Muris Prses, assistant director of eligibility services for the Utah Department of Workforce Services, which processes Medicaid enrollment. The state typically takes 15 days to determine whether someone is eligible, he said, though that will increase by several days because of the surge in applicants and some staff working at home.

In Nevada, where the hotel- and casino-dominated economy has been hit particularly hard, applications for public benefits programs, including food stamps and Medicaid, skyrocketed from 200 a day in February to 2,000 in mid-March, according to the state Department of Health and Human Services. The volume of calls to a consumer hotline for Medicaid and health coverage questions is four times the regular amount.

In Ohio, the number of Medicaid applications has already exceeded what’s typical for this time of year. The state expects that figure to continue to climb.

States that haven’t yet seen the surge warned that it’s almost certainly coming. And as layoffs continue, some are already experiencing the strains on the system, including processing times that could leave people uninsured for months, while Medicaid applications process.

For 28-year-old Kristen Wolfe, of Salt Lake City, who lost her job and her employer-sponsored health insurance March 20, it’s a terrifying time.

Wolfe, who has lupus — an autoimmune disorder that requires regular doctor appointments and prescription medication ― quickly applied for Medicaid. But after she filled in her details, including a zero-dollar income, she learned the decision on her eligibility could take as long as 90 days. She called the Utah Medicaid agency and, after being on hold for more than an hour, was told they did not know when she would hear back.

“With my health, it’s scary to leave things in limbo,” said Wolfe, who used her almost-expired insurance last week to order 90-day medication refills, just in case. “I am pretty confident I will qualify, but there is always the ‘What if I don’t?’”

Others have reported smoother sailing, though.

Jen Wittlin, 33 — who, until recently, managed the now-closed bar in Providence, Rhode Island’s Dean Hotel ― qualified for Medicaid coverage starting April 1. She was able to sign up online after waiting about half an hour on the phone to get help answering specific questions. Once she receives a check for unemployment insurance, the state will reassess her income — currently zero ― to see if she still qualifies.

“It was all immediate,” she said.

In fact, she said, she is now working to help newly uninsured former colleagues also enroll in the program, using the advice the state gave her.

In California, officials are trying to reassign some employees — who are now working remotely ― to help with the surge. But the system to determine Medicaid eligibility is complicated and requires time-intensive training, Senderling-McDonald said. She’s trying to rehire people who’ve retired and relying on overtime from staffers.

“It’s hard to expand this particular workforce very, very quickly by a lot,” she said. “We can’t just stick a new person in front of a computer and tell them to go. They’re going to screw everything up.”

The move away from in-office sign-ups is also a disadvantage for older people and those who speak English as a second language, two groups who frequently felt more comfortable enrolling in person, she added.

Meanwhile, increasing enrollment and the realities of the coronavirus will likely create a need for costly medical care across the population.

“What about when we start having many people who may be in the hospital, in ICUs or on ventilators?” said Maureen Corcoran, the director of Ohio’s Medicaid program. “We don’t have any specific answers yet.”

These factors will hit just as states ― which will experience shrinking tax revenue because of the plunging economy — have less money to pay their share of the Medicaid tab.

The federal government pays, on average, about 61% of the costs for traditional Medicaid and about 90% of the costs for people who joined the program through the ACA expansion. The rest comes from state coffers. And, unlike the federal government, states are constitutionally required to balance their budgets. The financial squeeze could force cuts in other areas, like education, child welfare or law enforcement.

On March 18, Congress agreed to bump up what Washington pays by 6.2 percentage points as part of the second major stimulus bill aimed at the economic consequences of the pandemic. That will barely make a dent, Salo argued.

“The small bump is good, and we are glad it’s there, but in no way is that going to be sufficient,” he said.