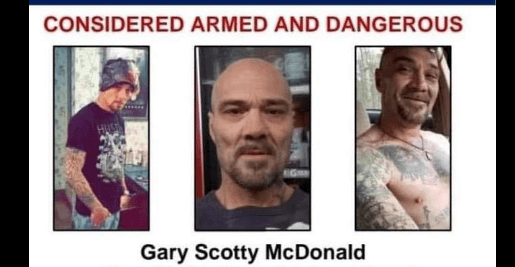 The suspect in the Friday murder at a business in Baldwyn is still at large and is considered armed and dangerous according to the Baldwyn Police Department.

Baldwyn Police say that Kyle was found deceased via a gun shot wound on Friday and McDonald is wanted related to that murder investigation.

If you have any information about the whereabouts of McDonald, immediately call 911 and do not approach the suspect.

McDonald has a lengthy arrest record. He is described as a 48 year old white male with multiple distinguishable tattoos covering his body.

The following flyer has been released: