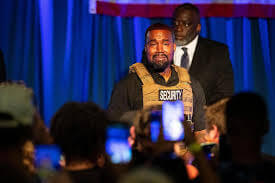 The Mississippi Secretary of State’s Office confirmed that they have received paperwork from Kanye West regarding his inclusion on the presidential ballot in November.

The West campaign acquired 1,219 signatures, and those signatures have been verified as valid by the local Circuit Clerk’s Offices in the counties in which the signatures originated.

The State Board of Election Commissioners, which includes Secretary Michael Watson, Governor Tate Reeves, and Attorney General Lynn Fitch, plan to convene on Tuesday, September 8, 2020, to rule on West’s qualifications and eligibility for the general election.