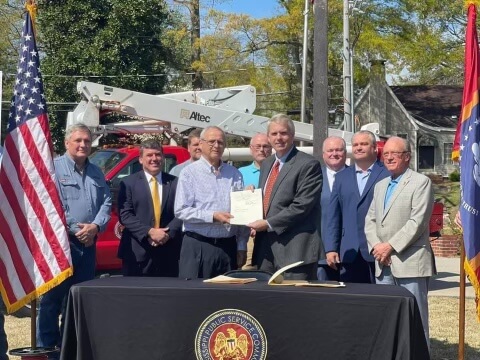 High-speed internet has just become much more attainable for many Prentiss County residents.

Public Service Commissioner Brandon Presley announced on Wednesday that the “Prentiss Connect” initiative, which aimed to bring fiber broadband internet through the Prentiss Co. Electric Company has been completed.

With the project’s completion, all customers of the electric company will have high-speed internet available to purchase through their electric provider.

Presley announced the news in a tweet on Wednesday.